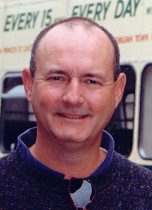 Pain-Killing Comparison: CBD Cream Vs. Doctor's Analgesic
BY DAN VUKELICH -- CBD is the winner of my personal non-scientific head-to-head comparison between the hemp-derived pain-killer and an analgesic cream prescribed by my doctor.

More on the actual test in a moment, but first, a little about the cause of that pain, the retelling of which is … uhh … painful:

It seems like ages ago now, but it happened during what some are calling "The Before Times" – before the COVID-19 pandemic, the thousands of deaths, social distancing, lockdowns, and the massive economic and societal disruption we're enduring.

In the grand scheme, it may seem trivial but, for me, serious back pain ruined the golf trip of the decade. 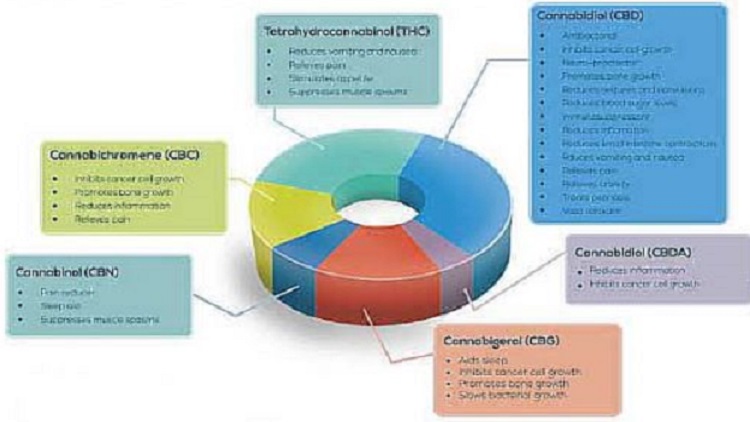 It was last September. I had driven four hours from Chicago to Nekoosa, Wis., a tiny town about 75 miles west of Appleton, for rounds at the Sand Valley Resort, which has two courses Sand Valley and Mammoth Dunes, with a third scheduled for later this year, COVID-19 permitting.

The resort was built by Mike Keiser, the man behind Bandon Dunes and all of its follow-on properties, including the new Sheep Ranch course.

The Sand Valley stay was to be followed by a trip down the road to the Kohler Resort near Sheboygan and rounds on its Irish and Whistling Straits courses, followed by a final round at Erin Hills, site of the 2017 U.S. Open. It was a bucket-list rota organized by my friend and fellow golf writer, Ken MacLeod, publisher of Golf Oklahoma.

Then, everything changed – thanks to a hurried and, frankly, half-assed, pre-round warm-up following our check-in at Sand Valley. A check of my iPhone confirmed that I was on the first tee within an hour of unfolding my 6-foot-2 self from the driver's seat of the rental car after a four-hour drive.

Sand Valley and its sister course are both walking-only unless someone absolutely insists on riding or has a medical necessity for a cart.

I figured any kinks would be worked out during the round. So wrong. The pain started with a tweak in the lower back by the fourth hole that rapidly became excruciating. My spine basically felt like it wasn't attached to my pelvis properly. Every step led to a band of searing pain across my lower back from hip to hip.

I hobbled off the course after nine holes

PAIN THAT WOULDN'T GO AWAY
I skipped the the next day's round at Mammoth Dunes, hoping to recover for the round of a lifetime at Whistling Straits. This time, I did a proper warm-up but, when my caddie joined me on the range, I warned him I might not be able to play and suggested he talk to the caddie master about getting reinserted into the rotation, just in case.

It was a toss-up until I stepped onto the first tee, but I was determined to play. This time, the dull pain that had remained overnight was replaced by the same searing band of pain by the third hole. By the fifth hole, I told my playing partners I'd no longer be playing all my shots, but would pick up and walk until the pain subsided, which it did to tolerable levels now and again.

Whistling Straits, by the way, is way more narrow that TV would make you think. Some fairways are just 30 yards wide. It's hilly and the rough is thick and the sidehill lies severe. Thankfully, my caddie clambered up and down the knee-high fescue-covered sand dunes to retrieve it when my ball found the deep rough.

I walked jerkily, my hands on my hips, head down, like some kind of malfunctioning robot with corrupted software and a low battery. The pain was so severe I frequently fell 30 to 50 yards yards behind my playing partners between shots.

Now and again, I'd drop a ball and try to hit half-swing knockdowns into the green from where my friends' drives landed. I frequently picked Ken's drive because, of the group, he was the longest hitter with a low, boring trajectory that got plenty of roll on downhill shots – something I'd seen on a previous trip to Scotland with the same gang.

As we left No. 9 green, I told my caddie I was done. The caddie fee of $75 was already paid. I paid him a little more than half of the recommended gratuity. As I struggled to board the shuttle back to the American Club, I was glad to see he'd already picked up another bag and was heading to the No. 1 tee.

A GOOD WALK SPOILED
I didn't make the Irish Course round the next day and I scrubbed the trip to Erin Hills entirely. My girlfriend and I bid adieu to our friends and returned to Chicago's Midway Airport for the return flight to Albuquerque, where I immediately scheduled three weekly rounds of chiropractic treatments.

I told the doc about the band of pain and how my spine didn't feel like it was properly attached to my pelvis and wondered if I had blown out a lower-back disc. He replied that it was likely a ligament, which connects bones of the lower spine together where the nerves radiating to the hips emerge – hence the broad swath of pain.

After three chiropractic treatments, the acute pain was reduced but didn't go away. After a couple more weeks and it still hadn't gone away, I saw my primary-care physician. When I told her about the spine-not-fitting-the-pelvis feeling, she replied, "That's actually a real thing" but then added, "but you don't have that."

She, too, ruled out a disc and and concurred with the chiropractor's diagnosis. She prescribed Diclofenac Sodium, a nonsteroidal anti-inflammatory drug, or NSAID, in the form of a one-percent topical analgesic cream.

By late November, the pain was still there, naggingly so, but tolerable, and it hadn't worsened on my first tentative return to my local course. So I went ahead with plans to attend a annual golf writers meeting scheduled for early December at the Mountain Shadows Resort in Paradise Valley, next to Scottsdale, Ariz., which boasts a wickedly hard par 3 course.

It was during the keynote dinner there that I was introduced to the two speakers, Dr. J. Julian Grove and Dr. Peter Kubitz, founders of Physicians Choice, maker of a variety of CBD or Cannabidiol pain-relieving products. Kubitz did his D.O. residency the Mayo Clinic in Rochester, Minn. Grove did his anesthesiology M.D. residency at Stanford University Medical Center. Both are board-certified in pain management.

MINIMAL THC CONTENT IN CBD
They detailed their experience and research, explained how CBD worked and explained that their CBD products had a minimal amount, less than 0.3 percent. of THC, the compound that produces the high in marijuana. Despite its THC content, in answer to my question, they predicted their CBD cream would be approved within a year for airline pilots and other workers subject to mandatory drug testing.

After a few rounds of golf during the four-day golf writers event, the nagging pain in my lower back started amping up. At the keynote dinner, one of the Canadian writers announced to his brethren from the north that they wouldn't be allowed to take their Physicians Choice samples back to Canada. By the end of the four-day meeting I was hitting up as many Canadians as I could find for theirs.

THE CBD VS. NSAID TEST
Save for one use of another brand of CBD on a sore knee, I had no experience with CBD. But this chronic pain forced me to consider it. Here's how my CBD vs. Diclofenac Sodium test worked.

By the end of the Arizona trip, my back pain had returned, though not in a searing way. On a scale of 10, with 10 being the pain that led me to walk off Whistling Straits, it was back up to a four.

Keep in mind, this was not exactly a clinical trial, just my own half-assed, non-scientific test. I do have some experience over the years in the area of pain, though – in disc pain (one lumbar disc-ectomy at age 30), chronic hip pain (a total hip replacement at age 46) and the aforementioned months-long experience with lower-back muscle/ligament pain at age 65.

At about the middle of each day, I'd assess the relative feeling of both sides of my lower back – although both the CBD cream and the NSAID cream are supposed to be effective within an hour.

Bottom line: Each day's self-assessment found that the CBD side of my back was pain-free and the NSAID side was less painful, though not quite pain-free. The difference was so striking I called off the test after less than a week.

Sure, it wasn't a months-long double-blind test with a control group. And to be fair, I'd tried only one other CBD cream that one time. I know only that in my little test, the Physicians Choice CBD was the clear winner over the NSAID.

Both creams have about the same consistency. The NSAID has no odor and the Physicians Choice CBD has a slight fragrance – one that I couldn't quite identify until I went to our local Asian market, Talin World Market, to buy a bunch of fresh Thai basil — which is exactly the fragrance the CBD has, although it's more subtle than the real thing.

Both creams, take about the same amount of rubbing before you can get dressed. In the shower, both leave the skin feeling slicker than normal until they're scrubbed off. Neither seems to discolor clothing.

SIDE EFFECTS OF CBD AND NSAID
The NSAID comes with a warning not to use it if you suffer from asthma or are allergic to any other NSAID, such as aspirin. Also, Diclofenac can increase your risk of fatal heart attack or stroke, especially if you use it long term or take high doses, or if you have heart disease.

Besides pain-killing, CBD's other benefits include promoting bone growth, reducing nausea and vomiting and reducing seizures. It has negative side effects, too, including drowsiness and irritability. Studies also have shown women who are pregnant or breast-feeding should not take CBD.

On the downside, in animal testing of CBD, "male reproductive toxicity has been demonstrated, including in the male offspring of CBD-treated pregnant females," Physicians Choice says on its website.

"It is not yet clear what these findings mean for human patients and the impact it could have on men (or the male children of pregnant women) who take CBD," the company says.

Final thought: After weighing the risks and joining the rest of the world in embracing the benefits of CBD, I decided to come down on the side of trusting a product developed by two physicians with experience in pain management at two world-class medical centers.

Better them than some counter clerk at the local cannabis store.

ABOUT DAN VUKELICH
Dan Vukelich, editor of New Mexico Golf News, is a member of the Golf Writers Association of America and the Golf Travel Writers of America. Reach him at Dan@newmexicogolfnews.com.