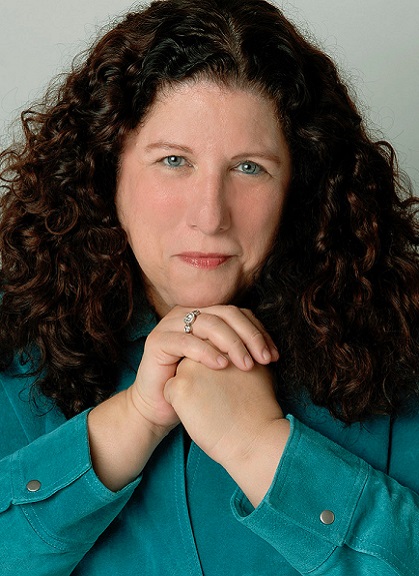 I Know Five-Star Standards.
We're Not Getting Them.
BY SUSAN BRESLOW -- It's not every luxury hotel where a bellman leads you to your room, shows you the shower and says, "The water temperature is set at 104 degrees. Is that satisfactory?" Or when a room attendant informs you that there are three pillow fragrances and proceeds to delicately spritz your selection. Or when an assistant manager pens a welcome note to a traveler's cocker spaniel.

On the road I have been the beneficiary of such largesse, which some might deem excessive. I don't. Along with the rate, standards should be high at four- and five-star hotels. I appreciate a property that goes out of its way to please guests. When one does, we remember--and want to return. My loyalty has been earned.

On a recent visit to Philadelphia, I booked a suite in the Kimpton Palomar, a member of IHG Hotel's "Luxury & Lifestyle" collection. I'd overnighted there before, when Kimpton was an independent chain, and been impressed. Unlike staid four-star properties, the Palomar had an infectious sense of fun. The staff was genuinely welcoming, the décor colorful and creative and the leopard and zebra bathrobes a whimsical alternative to the same-old same-old.

This time around, I didn't feel the love.

Despite a boyfriend who characterizes me as a "spoiled traveler"--ouch!--I believe there are in-room elements that any overnight guest in a hotel suite deserves in addition to a decent bed, feather pillows, widescreen TV, phone and clock radio. If once there had been a coffeemaker here, it burbled no more. Yes, there was an empty mini-fridge, but the lack of free (or even fee) bottled water was one indication that the amenities well had gone dry. Need ice for your own drink? The machine was located four floors below.

Gone, too, was the Palomar's minibar, although the purpose-built bedroom bureau with a window into the top drawer designed to reveal riches below cruelly remained. I later learned that a shelf behind the check-in station, aka the Pop-Up Bodega, was the repository of a limited selection of goodies. But when you have the midnight munchies, would you pad down to the lobby in your pajamas for a snack?

An initial knock at the door momentarily lifted my spirits. Was a bellman bearing a complimentary fruit tray or split of Champagne? Alas, it was only a worker who presented me with two rolls of toilet paper.

Absent from the bathroom were a shower cap and Q-tips. The only "amenities" were plastic-wrapped packages of cotton balls and a small plastic bottle of lotion. A sewing kit and nail file would have been unimaginable luxuries. The shower featured three tall, don't-steal-me plastic pump dispensers of soap, shampoo and conditioner, each a different and competing fragrance.

Upon request, two sad and saggy beige bathrobes were delivered. Slippers were not an option.

As this particular suite was graced with a deep-soaking jetted tub, we would have enjoyed a flaçon of bubble bath or salts, even a dedicated bar of soap. It turned out they would have been unnecessary, as the dial to close the drain was stuck (or glued?) closed, making the tub non-functional.

Had technology in any way upgraded our experience? Absent an apparent concierge, I was greeted with a "welcome text" offering local restaurant recommendations. I asked for a particular type. The response was a link to download a generic app.

If you stay more than a night, do not expect housekeeping to make your bed, replace the linens or remove soiled towels. It's verboten. There was a cheery message, however: "Need extra towels, trash removed, restaurant recommendations? We're just a text away."

Twice we asked Guest Services to have trash emptied. Twice those requests were ignored.

One tradition this property retained from the old days was hosting a daily wine hour in the lobby. Alas, there wasn't enough cheap cabernet to obliterate the memory of that first salutary stay.

Were all these depressing changes a consequence of the pandemic? The result of staff shortages? A move toward sustainability? Or the acquisition of the boutique Kimpton chain by a faceless, global hotel conglomerate that downgraded this once-charming Philadelphia property? Most likely, it is a combination of factors.

If you didn't know better, would you have thought everything was fine? And, more importantly, would you return?

ABOUT SUSAN BRESLOW
Susan Breslow is the author of The Complete Guide to Vow Renewals, available from Amazon.com. Alas, Breslow says, some hotels have lost their sex appeal.