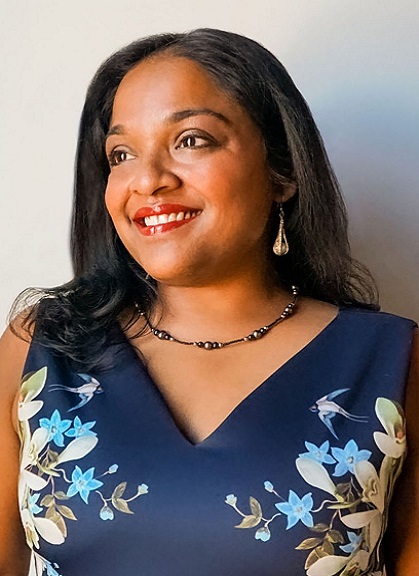 The Buzz on French Bee:
A Bargain With Trade-Offs
BY MEENA THIRUVENGADAM -- Sometimes all you really need is to get where you're going at the best possible price. And if where you're going is Paris or Polynesia, a French airline you've probably never heard of has you covered.

French Bee, a long-haul, low-cost airline formerly known as French Blue, finally launched its pandemic-delayed nonstop service between Paris/Orly and Newark in July. The carrier is due to restart nonstops between San Francisco and both Orly and French Polynesia in November.

Roundtrip economy fares on French Bee's Newark-Paris route start at around $300, but business flyers should bump up to French Bee Premium Class or prepare to feel like a sardine packed into the back of the plane. At just under $1,000, a French Bee premium ticket is cheaper than the premium economy on traditional carriers, but it is a bargain that comes with trade-offs.

There are no custom cocktails, privacy panels or fluffy designer bedding sets on board. There also are no multi-course meals or fine china. Lie-flat seatbeds give way to 36-inch chairs and no noise-canceling headphones wait for you at your seat. Along the spectrum of budget carriers, French Bee is closer to Level, British Airways' Spain-based subsidiary, than it is to JetBlue Airways, which launched service between New York and London over the summer. JetBlue's upfront transatlantic cabin is based on its celebrated long-haul domestic Mint product and offers lie-flat beds and much more expensive fares.

French Bee premium seats are comfortable enough and offer generous recline, but they don't lie flat. They are also configured 2x3x2. And you must fly through Newark's Terminal B, a place that even a Subway or McDonald's could take up a notch. Like I said, a bargain with trade-offs.

WHY FRENCH BEE IS SO CHEAP
French Bee packs more seats into its Airbus 350s than the average airline: 411 across coach and the 35-seat Premium cabin. If that sounds like a lot of seats, that's because it is. While the Airbus A350 has a maximum capacity of 440 passengers, most airlines configure the plane with 350 seats or fewer. The 376 French Bee coach seats are configured 3-4-3. The 32 inches of legroom is actually a bit more than traditional carriers, but seats are just 16 inches wide. Even at 5-feet tall, I'll tell you it's a tight fit.

THE PREMIUM RIDE
French Bee premium seats may not lie flat, but, at 18 inches wide they're large enough, plush and more comfortable than the average premium economy seat. On a flight with plenty of open seats, it can feel like a bargain. Just pray to the flying gods for a light load to avoid a middle seat.

French Bee's premium seat leans back far enough back to forget it's not a lie-flat. There are adjustable headrests and footrests and pillows and blankets in line with economy standards. Each seat comes with a USB port and power outlet. The seatback entertainment system on 12-inch seatback monitors offers movies, TV, games and access to external flight cams, one of my favorite features. Passengers are also offered tablets stocked with magazines.

The main issue with French Bee's premium cabin is that 36-inch pitch. It's 10 inches less than the pitch you might remember from Norwegian Airlines' late, lamented premium cabin. If everyone sits upright, 36 inches of pitch can be comfortable--at least for a petite traveler like myself. But I am cramped and uncomfortable on a full flight when the passenger in front of me is fully reclined. If you're a tall traveler, you'll want to book Row 1, which offers unobstructed legroom.

THE F&B
If you're looking for a multi-course menu with wine pairings, you won't find it on French Bee, not even in premium. Meals are pretty standard--think entree, salad or fruit, bread and a dessert. However, there is one luxury touch in Premium: free-flowing Champagne from Nicolas Feuillatte, the Épernay-based house founded in 1972.

As someone who eats a largely vegetarian diet, I selected the vegetarian meals. The fare out of Newark was better forgotten: a sweet bun that was too sugary for my taste and a basic pasta in red sauce before landing. But dishes on the return from Paris felt like a warm, delicious extension of the city. There was a main course of polenta and peppers for dinner and savory pastries--one with spinach and another with cheese--just before landing.

THE FINE PRINT
French Bee Premium fares are fully refundable, which make them particularly appealing to flyers who may already be swimming in pandemic travel credits. Fares include two checked bags, but not lounge access. (You can buy into common-use lounges at Newark and Orly for $37 each way.) French Bee does not participate in TSA PreCheck, but priority security screening and boarding is included in the price of premium tickets.

THE BOTTOM LINE
As an entrepreneur, I'm in the business of saving money right now. I'm not ready to drop thousands on a business class flight across the Atlantic just yet, but I can say oui to spending less than $1,000 to wake up rested in Paris. (Published on September 23, 2021.)

ABOUT MEENA THIRUVENGADAM
Meena Thiruvengadam is a journalist who contributes to Travel+Leisure, Fortune and RealSimple. She is based in Chicago and has lived in Washington and New York, working on staff at Dow Jones, Yahoo, Business Insider and Bloomberg. She is about to launch TravelWithMeena.com.