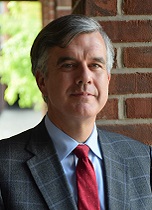 If We Save Amtrak, We Save American Transportation
BY RICK HARNISH -- Amtrak has begun reducing all but one of its 13 daily long-distance routes to just three days a week. Without a decisive intervention by Congress daily service might never return.

You should care--even if you never ride trains--because the problems that plague Amtrak reflect the limited imagination, lack of transparency and short-sighted policies that make our entire American transportation system dysfunctional.

Let's clarify the role of these long-haul Amtrak routes, which are much more than just alternatives to flying. Passengers get on and off the train all along its route, some riding for just a stop or two, some going the entire distance from the Midwest to the coasts. Riders who pay a premium for private rooms help subsidize the trains, making rural transportation affordable for the one- or two-stop riders. They're a cost-effective way to provide service to hundreds of cities and towns that would otherwise have no common carrier service. In fact, Wick Moorman, a past Amtrak chief executive, told Congress that they cover their operating costs.

Long-haul routes also have been more resilient than airlines and short-distance trains in our current crisis. In June 2020, for example, they maintained 35 percent of the ridership and 40 percent of the revenue versus June, 2019. Ridership on the Northeast Corridor trains, by contrast, is at roughly 10 percent of pre-pandemic levels.

Ridership is (relatively) stable on long-distance routes because, throughout much of the country, they are a critical means of transportation for people who need to travel short distances and long, whether for work or pleasure.

That's why, in late June, 16 U.S. senators signed letters pushing back on the plan to cut long-distance service. The letters to Amtrak chief executive William Flynn were signed by nine Republicans and seven Democrats. It's also why, when Amtrak pursued a plan to cut long-distance routes in the mid-1990s, a Republican senator from Texas, Kay Bailey Hutchison, was among those who fiercely resisted. Her passion was rooted in discussions with small-town mayors who knew the importance of Amtrak to the life of their communities.

Why is any of this relevant for the traveler who doesn't ride or care about Amtrak's long-distance routes?

Malcolm Gladwell's weakest link theory is illuminating. Gladwell argues that much of the money given to universities is a terrible investment. Consider how much difference $100 million dollars would make to an under-resourced school serving students on the margins, for example, versus the same amount given to an Ivy League school with a multi-billion-dollar endowment. The smaller school could vastly expand and improve its operations and serve more students. The money doesn't affect the prestigious school much at all.

Amtrak is the weakest link in our transportation system and long-distance routes are the weakest link in Amtrak's system. That's both a problem and a huge opportunity. We long ago passed the point of diminishing returns from new roads and new airports, but we've barely begun to reap the returns on investing in modern trains. And relatively small investments will deliver big, cascading returns. Better long-distance routes will drive ridership across Amtrak's other systems. Better Amtrak will incentivize more investments in public transit. Better public transit will create innovation in the transportation sector generally--and that innovation will build political will for high-speed trains.

There are already some important baby steps toward a better future. High-speed lines are now in the advanced planning stages in Texas, Nevada and California. Private companies are building 200-mile-per-hour lines between Dallas and Houston and between Las Vegas and Los Angeles. The trains will slash travel times and road congestion between those cities. The same is true in Florida, where 125-mile-per-hour trains will soon connect Miami to Orlando.

Eventually, every corridor between major and mid-sized cities should be connected with a high-speed line. Chicago and New York should be connected by state-of-the-art, electrified trains that take less than five hours. (China already does the equivalent.)

Amtrak's current service is obviously a world away from that ideal. Amtrak CEO Flynn told Congress just yesterday that the railroad immediately needs $4.9 billion to survive. But for all its flaws, Amtrak is a foundation for building toward that future. We can't let Amtrak die and expect the private sector to suddenly fill the vacuum with a flourishing network of high-speed trains. Getting to that future will require a series of public-private partnerships that steadily expand the network as high-speed trains become a proven quantity. This is a long game. It won't happen in a decade.

And it won't happen without buy-in from the public, which means we have to stop devaluing and disinvesting in the passenger trains we already have. The quality and frequency of service at Amtrak aren't decreed by God and set in stone. They're the direct result of our policy choices and spending priorities. Instead of investing in trains, we lavish funds on new roads. They quickly become congested and suck up more money. Then the cycle repeats.

To end the cycle of congestion and dysfunction, we have to create a cultural and political shift in basic priorities. That begins with making Amtrak a better service for its customers--and a better foundation for public-private partnerships. The Texas Central line between Dallas and Houston is a model. Its terminus in Dallas will tie in the downtown Amtrak and commuter station. Similarly, Xpress West, the Las Vegas to Los Angeles line, will connect with California's new high-speed rail system, which in turn will be tightly coordinated with Amtrak trains.

It speaks volumes that Amtrak's long-distance trains--even after decades of under-investment and fierce criticism--are nonetheless vital to the life of communities across great swaths of the United States. Even in their current, less-than-ideal state, they're literally and figuratively one of the most unifying forces in America. They have a base of support that transcends partisan and geographical divisions.

They could be so much more: A more accessible and affordable option for people who need to travel short and intermediate distances. A driver of innovation and upgrades across the entire transportation system. A tool to build political will and imagination for high-speed trains.

We won't get there unless and until we push Amtrak beyond bare-survival mode and transform it into a first-class passenger rail network. (Published on September 10, 2020)

ABOUT RICK HARNISH
Rick Harnish is executive director of the High Speed Rail Alliance, a nonprofit organization dedicated to revitalizing regions by advocating for fast, convenient and affordable trains. He is based in Chicago and is a Joe Sent Me member.