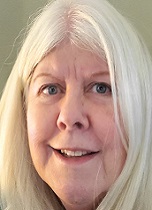 The Texas Ragers:
Honky-Tonk Lives Matter
BY HELEN ANDERS -- When we moved to Fort Worth four months ago, my husband and I chose a home within walking distance of three major art museums and a smattering of good restaurants.

We naturally planned to jump headfirst into all of the cultural and culinary joys that North Central Texas offered. Only we didn't. Coronavirus, you know.

Within days of our arrival from Austin, everything closed and we locked down inside our home. It wasn't quite what we'd had in mind. This hasn't been what anyone had in mind, of course, but we do things differently here in Texas.

We watched the steady climb of coronavirus numbers in the state, especially the Dallas-Fort Worth area, and we watched Governor Greg Abbott's response: The more cases the state reported, the more he opened businesses back up.

By early last week, he had opened restaurants to 75 percent capacity and bars to 50 percent, along with hair salons, gyms, movie theaters, and river tubing. A vertical spike late last week forced him to apply the brakes. Sorta kinda.

Abbott closed bars, explaining that bars really aren't conducive to social distancing. (He didn't realize that earlier?) He backed restaurants down to 50 percent occupancy. He told tubers to get out of the water. And he "strongly suggested," but did not mandate, that people wear face masks.

Dallas and Fort Worth have set almost daily records for new virus cases, but, ironically, it was my old hometown of Austin, of all places, that one day last week showed the highest rate of positive COVID tests of any metro area in the nation. Austin, the state capital, has been trying to get people to wear masks since the virus was in its infancy, and anecdotally, anyway, Austin seems to have fewer chin-jutting mask refusers than Dallas or Fort Worth, so go figure. 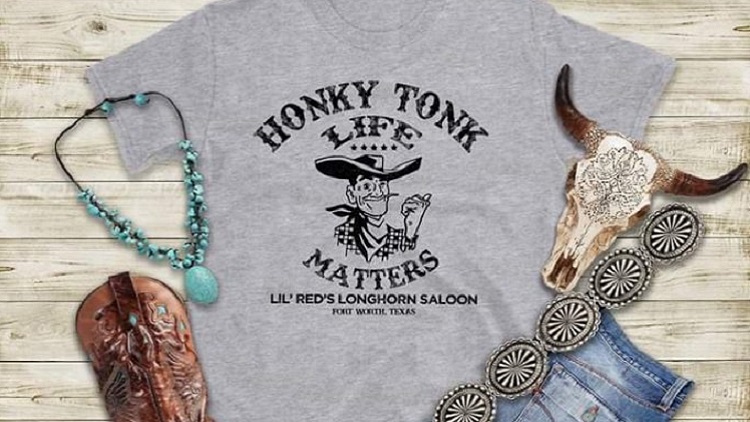 Dallas County on June 19 required businesses to require masks. Tarrant County, home to Fort Worth, added a mask mandate this past Friday, yet one town--high-end Colleyville--instantly proclaimed Tarrant County was not the boss of it. People would not be wearing masks within its boundaries. Abbott finally imposed a (mostly) statewide mask rule today, July 2. But his move came only after Texas was being ridiculed around the world for its inaction and only after our motor-mouthed Lt. Governor, Dan Patrick, told off that annoying New Yorker, Dr. Anthony Fauci, the nation's best-known and most respected pandemic expert.

Aware of rising Coronavirus cases, some half-baked efforts to stop the spread and the vehement insistence by many Texans that any rules at all are an infringement on their freedom, a lot of us have decided to pull back and once again locked ourselves down. We're giving strong consideration to hoarding toilet paper. Again.

There's no way this curve is going to flatten anytime soon. Too many North Texans are upset about efforts to make that happen.

A whole lot of Texans are mad at the governor--not for his earlier willingness to reopen everything despite climbing cases, but for backing down now. For closing bars. For deflating tubes. For strongly suggesting (insert choking sob here) face masks. Some Texans are calling Abbott a traitor for his back-pedaling. I knew I was moving to a more conservative part of Texas when I left Austin, but I had no idea that health would become such a political football and that the hottest protests in town would be under the banner of Give Me a Haircut or Give Me Death.

The standard-bearer for that movement is a Dallas hair salon owner named Shelley Luther. You might vaguely recall her name. She made the news back before hair salons reopened by going to jail for a hot minute after she stood before a judge and flatly refused to close her shop, weeping about "kids getting fed." Turned out, Texas Monthly magazine reported, that she was recruited for the publicity stunt by a conservative group that bankrolled her as a "patriot cause."

Luther is now the leader of the Dallas-Fort Worth clown parade to keep everything open no matter what. (Quick note: Yes, we all sympathize with out-of-work bar employees. But some of us sympathize more with dead people.) Luther is even demonizing Abbott, the feckless pol who released her from jail and praised her just weeks ago.

Texas, Arizona and Florida are not only new epicenters of Coronavirus, they also are poster children for the spoiled-brat mentality that has made the entire world roll its eyes at the U.S.A. The European Union this week barred Americans from coming to Europe. New York, Connecticut and New Jersey now say that anyone from high-virus states, including Texas, must quarantine for 14 days.

If Texans manage to find any destination willing to accept us, American Airlines, Dallas/Fort Worth's hometown carrier, has promised that we'll be crammed as tightly as possible into its planes. Oh, they say they'll enforce mask rules and that they'll clean the heck out of everything, but leaving that middle seat open is just a little too much of a sacrifice. United Airlines, with a hub down in Houston, agrees.

Oh, the places we won't go.

Meanwhile, although our public health officials have named bars, family gatherings and parties as the primary spreaders of the virus, many Texans have reacted to this news as expected: Nu-UH! Black Lives Matters protesters are to blame, they say. No matter that photos and videos show that the vast majority of the mostly peaceful protesters wore face coverings. The vast majority of bar-goers, beach-goers and family reunion gatherers have apparently not.

One Fort Worth bar, Lil' Red's Longhorn Saloon, printed up shirts and posted plans for a Honky-Tonk Lives Matter protest, writing on its Facebook page that for the protest, "no one has to wear a mask since the Chinese virus can not be spread by protesters." Just joshing, the bar wrote later after taking down the post.

Meanwhile, in the land of the privileged, we can, if we want, go back to museums again in Fort Worth, starting this week. They've reopened, and so far that's still allowed. My husband and I aren't beating a path there, though.

Given the rampant spread of the virus, we're staying home for now. In fact, I just ordered 12 more rolls of toilet paper. (Published July 2, 2020)

ABOUT HELEN ANDERS
Helen Anders is a career newspaper staff journalist for dailies including Florida Today; the Daily Herald in Chicago; the Dallas Morning News; and the Austin American-Statesman. She's currently a freelance travel writer and recently wrote about hotel housekeeping for JoeSentMe.com.