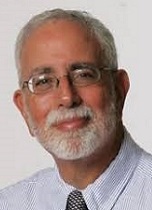 My Front Pages:
Tangled Up In Dylan
BY MICHAEL L. PERLIN -- It's May, 1963, at Rutgers University in New Brunswick, New Jersey. I was about to hit the library to study for a Poli Sci test when my friend Jeff knocked on my dorm-room door.

"We're not going to the library. We're going to New York," Jeff said.

"Are you kidding? Our exam is tomorrow!"

"Yeah, I know. We'll pull an all-nighter," Jeff insisted. "We're going to Gerde's Folk City to hear the greatest folk singer in the history of the world."

His name, Jeff informed me, was "Bob Die-lin." That's how Jeff pronounced it anyway, since he'd never heard the name spoken, only seen it on the eponymous 1962 album Bob Dylan.

"You won't regret it!" Jeff assured me.

Nearly 60 years later, I haven't. I still follow Dylan and his work passionately and regularly post reviews of his concerts at BobLinks.com. I even use Dylan lyrics as the start of almost all of my law review titles.

I couldn't know that in 1963, of course, when we piled into Jeff's wreck of a car--it ran out of oil in the Lincoln Tunnel--and drove the 35 miles to Greenwich Village.

In those days, Gerde's seated 50, maybe 75 people. I was totally transfixed watching this young guy play original music and standards. His guitar sounded like nothing I ever heard.

At the end of the set, he walked around the audience and passed his battered hat. I tossed in a quarter.

"Thanks, man," he said. To this day, it's the only in-person dialogue I've ever had with Dylan. 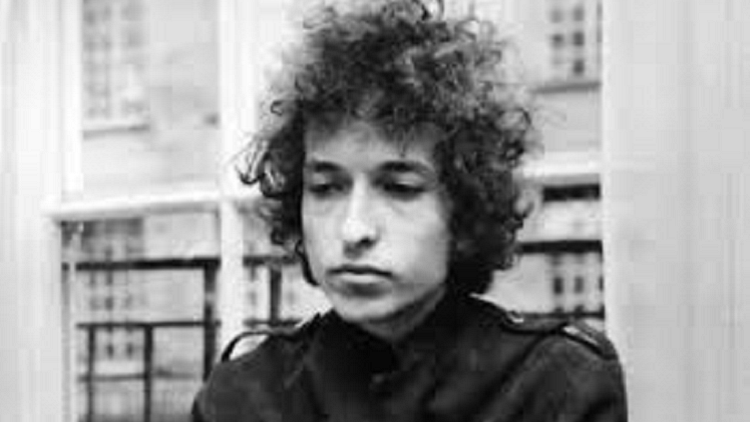 Over the next months, this skinny guy from the Midwest--and, I was proud to learn, a skinny Jewish guy--exploded on the scene. Three months after Gerde's, I was at the March on Washington--and there was Dylan on stage, in front of hundreds of thousands, singing with Joan Baez. You all know the story.

He had released The Freewheelin' Bob Dylan at about the same time we saw him at Gerde's. It included Blowin' in the Wind (quickly covered early by Peter, Paul & Mary); Masters of War; A Hard Rain's A-Gonna Fall; and Don't Think Twice. As the saying goes, the music world--and maybe the world itself--was never the same.

It's hard to remember now, but rock and roll appeared to be in its death throes in 1963. (Check out the Billboard lists just before the Beatles music became available in the United States.). And though the British Invasion and Motown gave rock new life, Dylan's phantasmagorical lyrics changed popular songwriting forever. And The Beatles were huge fans of Dylan.

In 1964, as the civil rights movement intensified, Dylan released The Times They Are-A Changin', truly (cliché warning) an anthem for many in my generation. You may want to ponder the "Come senators, congressmen/Please heed the call/Don't stand in the doorway/Don't block up the hall" couplet and apply it to what's happening in Washington today ...

Yet you could tell by the next album, Another Side of Bob Dylan, that he was getting noodgy with his role as folk icon. Chimes of Freedom, his most political song, uses magnificent, apocalyptic language and he cries out for equality and the emancipation of those isolated from the mainstream of society. But My Back Pages clearly signals that the 23-year-old Dylan was about to turn a new page. It's not for nothing that the best-known lyrics of the song are "Ah, but I was so much older then/I'm younger than that now."

To reinforce that point, he ends his next album, Bringing It All Back Home with It's All over Now Baby Blue. Not coincidentally, I think, it's also the song with which he ended his famous, mostly electric and endlessly controversial set at 1965 Newport Folk Festival.

Then comes Highway 61 Revisited. To quote Bruce Springsteen's 1988 speech inducting Dylan into the Rock and Roll Hall of Fame: "The first time that I heard Bob Dylan, I was in the car with my mother ... and on came that snare shot that sounded like somebody kicked open the door to your mind, from Like a Rolling Stone." Game. Set. Match. There was no turning back from this blistering, angry, audacious album, expressing thoughts, desires and feelings that had simply never been expressed in rock music before.

Dylan's follow-up, Blonde on Blonde, was a double album jammed with songs with psychedelic lyrics. Most notable, perhaps: Visions of Johanna, a brilliant song of nightmares and hallucinations. Was it a eulogy for his much-chronicled relationship with Baez? Who knows?

Then Dylan recreated himself again with two down-keyed, mostly acoustic albums, 1967's John Wesley Harding and 1968's Nashville Skyline. They are seen as prime movers of the country rock movement that dominated the pop charts for much of the 1970s. The ultimate irony? Dylan wrote All Along the Watchtower as an acoustic ballad for John Wesley Harding, yet Jimi Hendrix's searing electric cover version made the song a hard rock classic.

After those twin masterpieces, Dylan stops performing live, pretty much disappears from public view and releases albums that get little commercial attention and scant critical praise. He's washed up, some say, even though he's barely 30.

But in 1975, seemingly from nowhere, Blood on the Tracks appears. And he is, as they say, back. From the lead cut--Tangled up in Blue a peripatetic story of a man and his lover(s) whom he'll "meet again someday/on the avenue"--to the stinging metaphors and savage language of Idiot Wind, this album returned Dylan to the public's consciousness. There have been some gaps in later years, but, nearing 80, he's still a national treasure and a quintessentially American voice.

I've never regretted being a Dylan fan. Neither has Jeff, with whom I reconnected several years ago on Facebook. Besides, I got an A on that Poli Sci test, so it all turned out fine.

ABOUT MICHAEL L. PERLIN
Michael L. Perlin is Professor of Law Emeritus at New York Law School and the co-founder of Mental Disability Law and Policy Associates. He is currently Adjunct Professor of Law, Emory University School of Law, and Instructor, Loyola University New Orleans, Department of Criminology & Justice. He has written more than 30 books and nearly 300 articles on all aspects of mental-disability law. He's litigated at every court level, from police court to the United States Supreme Court, and done advocacy work on every continent.