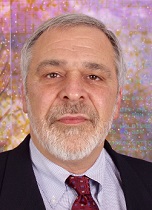 The First (and Last)
Time I Saw Paris
BY FRED ABATEMARCO -- I was happy to again be in Paris last month, my 12th visit in 47 years. The City of Light was cold, bleak and gray, a sharp and befitting contrast to my bittersweet memories of the first time I saw Paris during a hot and heady August in 1973.

Special occasions drew me to Paris, the first and this last time. This year, for the heralded Leonardo da Vinci exhibition at the Louvre. In 1973, a celebratory college graduation road trip orchestrated by my bosom buddy, Chuck.

We first met in the summer of 1971 when I returned from Vietnam and resumed my college studies in Brooklyn. Like wary rescue pups, we struck up a cautious friendship. Chuck liked my Army field jacket. I coveted his intersecting-stripe Onitsuka Tiger sneakers. We traded. From then on, we were virtually inseparable.

At the time, a European adventure was the furthest thing from my mind. I was steadfastly focused on finishing school and getting married. But Chuck had it planned down to the nickels and dimes. We'd both be graduating Long Island University in May, then heading in different directions: Chuck to the London School of Economics come September; me to my first full-time journalism job in Upstate New York. Chuck made a convincing case that a summer road trip was the proper celebratory event to mark those milestones.

We flew TAP Air Portugal to Lisbon for $130 and then backpacked by train using the au courant student Eurail Pass--unlimited travel anytime, anywhere, for a flat fee. From Portugal we crossed the border into the unheralded Spanish beach town of Vigo, then caught up with hordes of other young world travelers in Madrid, southern France, Florence, Switzerland, Germany, Amsterdam and Paris, the crowning glory of our post-collegiate road trip.

We traipsed around Montmartre, ate Algerian couscous near Place Saint-Michel, sipped hard cider with crepes served by pretty French gals in Normandie dress in St. Germain. We saw the Eiffel Tower before it was a light show and Impressionist art before there was Musée D'Orsay. We puffed French Gauloises cigarettes--"gow-wheezers," we called them--before they carried warnings.

At the sidewalk tables of legendary Cafe de Flore and Les Deux Magots, we worked The New York Times crossword puzzle, kept up with the Watergate hearings and handicapped currency exchange rates from a neatly folded International Herald Tribune. Chuck insisted we carry four currencies in those pre-euro days: travelers checks denominated in Swiss Francs, German marks, British pounds and U.S. dollars. At the time, we got about four francs--or "frogs" as we called them--to the dollar. Coffee cost one frog, beer about the same. We could eat a full meal for about ten. 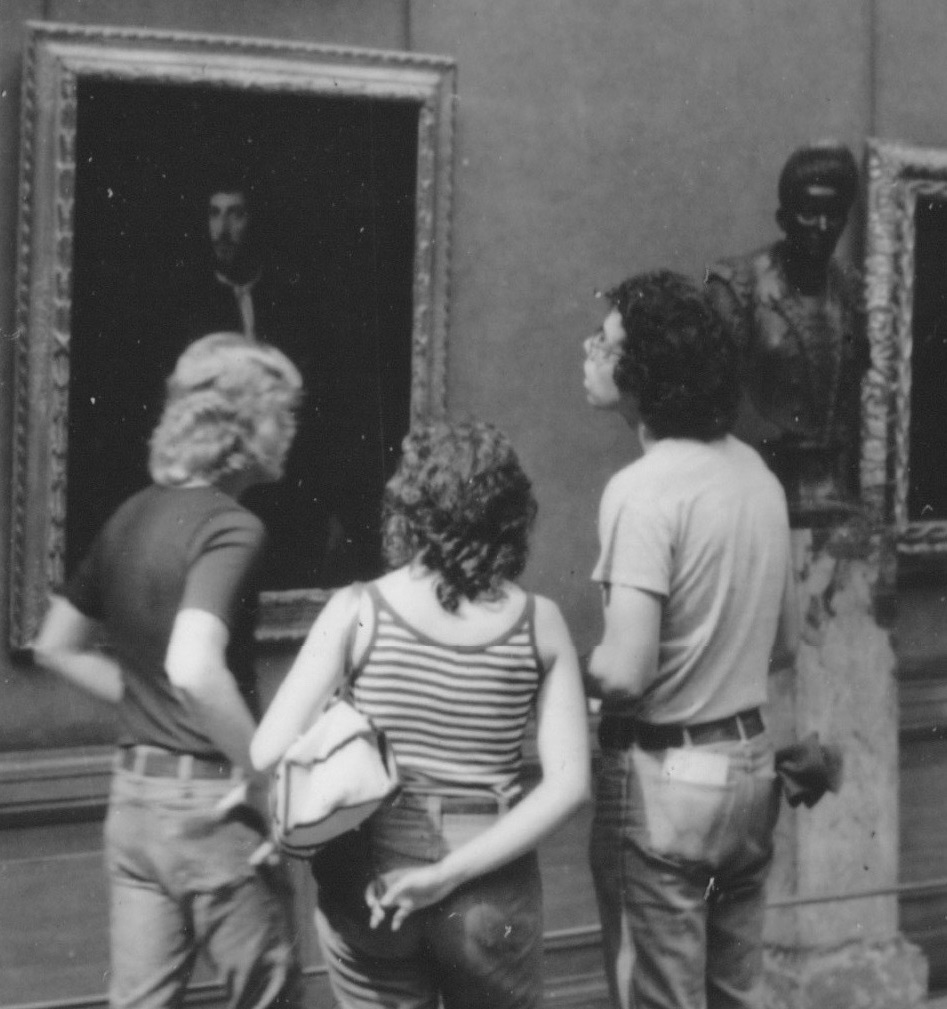 Chuck (far right in the photo above) was a magisterial trip leader and his business sense imprinted sure-handed discipline on our travel. But like escargot in garlic butter, he was an acquired taste. Chuck could be outrageous, insolent, sullen or giddy from one moment to the next. He was intelligent to a fault and infuriatingly haughty at times. I found his bad taste and misbehavior viciously amusing. Not everyone shared my opinion that, most of the time, it was harmless fun.

Chuck got us thrown out of the Chateau Versailles because his pseudo boom box--a portable Panasonic radio with built-in cassette player--blared soul tunes not in keeping with the decor or decorum of Louis XIV. We were bounced from a cheap Latin Quarter hotel on Rue du Sommerard when Chuck outraged the madam of the house one morning by roaming the hallways bare-assed looking for toilet paper. "Ou es le papier du toilette?" he publicly exclaimed in his altogether.

Chuck used rudimentary high-school French in other ways that--at the time--seemed hilarious. "D'argent du guerre!" he would demand, usually when he had one too many beers and was of a mind to take locals to task for the country's World War II debts.

On an excursion to Reims in the Champagne district, we visited the House of Lanson. Then still family-owned, Lanson didn't offer the typical wine house tour-and-tasting for visitors. But Chuck had a scheme and he wangled a private-office appointment with one of the Chateau's directors. Despite our dress of blue jeans, T-shirts and sneakers, he fibbed and said that I was shopping for a suitable Champagne for my impending wedding. We walked out with two bottles--complimentary, of course--of Lanson Black Label. Back in Paris, we stashed and chilled them in the bidet of our Paris room. The water closet was down the hall, but even the most modest accommodations had bedside bidets.

At summer's end, Chuck stayed on in London for his master's degree. I went home to my new bride and my new job. But our friendship stayed strong. In 1977, I was best man at Chuck's wedding on an epically cold and snowy February day in Buffalo, New York. In 1983, on the night that my son was born, I fled the hospital to Chuck's house the moment wife and the baby fell asleep. We both got astoundingly drunk because becoming a parent startled and scared me like nothing--not even Vietnam--ever had.

Not long after, however, Chuck and I drifted apart. We raised our children in different suburbs and our career paths veered. As a PhD in Economics, he rose very high in the banking food chain. He stopped taking my phone calls and my E-mails went unanswered. Even now I can't think of anything that caused the schism. By the 1990s, I was angry and resentful. We were disconnected for decades.

Until three years ago. I had just retired. High on my bucket list was getting back in touch with Chuck. It took a fair amount of detective work to track him to an apartment on Manhattan's Upper West Side. I arrived unannounced to find only his wife. Chuck was living in an assisted-living facility in Florida and suffering from severe Parkinson's disease and dementia.

I made two pilgrimages to see him. The first time, I brought some of our favorite items from Russ & Daughters, the venerable New York appetizer shop. (You ever try to get herring in cream sauce through airport security? Not easy, but I pulled it off.) We attempted to do the crossword puzzle together, but Chuck's physical coordination and mental concentration weren't there. By the second trip, a year later, he was barely able to speak, stand or recognize me. But I held him in my arms and we danced to The O'Jays, The Spinners and more. It was a tearful goodbye.

Chuck passed away in January. He was 67. I loved him deeply, in good times and bad. He was a true and loyal friend, until he wasn't. I missed him terribly during the years we were estranged. And in February, the last time I saw Paris, I missed him all over again.

At the Louvre, I hiked the stairs of the Denon Wing to see Leonardo's Mona Lisa in the Salle des Etats. It was a comfort tinged with sadness to see her there, snug and secure, exactly where Chuck and I saw her in 1973, the first time we saw Paris together. (This column posted on March 12, 2020.)

ABOUT FRED ABATEMARCO
Fred Abatemarco is a career journalist who has been associate editor at Newsweek, editor of Personal Computing magazine and editor-in-chief and president of Popular Science. JoeSentMe members know him best as the creator of the Back FROM the World and FishTales blogs.